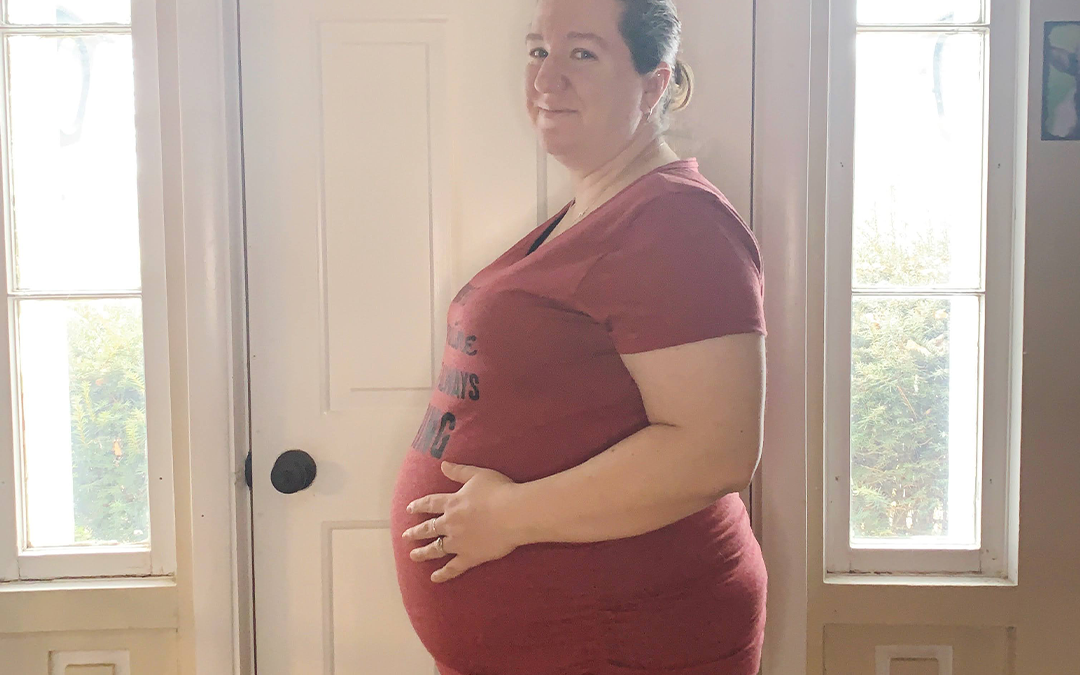 How far along? 20 weeks today! We’re halfway there! (Ohhhh-oh, livin’ on a prayer… as my 7-year-old would say. I don’t know how/why he discovered Bon Jovi, but it’s a thing these days.)

Baby Size: According to the Baby Center app, Baby Girl is about 10″ from head to rump (about the size of a banana) and around 10.5 ounces. Starting this week, the baby is now measured from head-to-toe rather than head-to-rump, so that’s part of why there was a 4″ jump!

Total Weight Gain: I’m still bouncing around in a 5-pound range and haven’t really gained more than that. (Either that or I need a new scale.)

Maternity Clothes: Still not a must-have … roomier t-shirts and sweatshirts and stretchy pants work for now, though maternity things are comfortable.

Sleep: Still sleeping well, thanks to my pregnancy pillow.

Best Moment of Week: Continuing to feel Baby Girl move and kick has been making me SO happy!

Miss Anything?: Mexican food. -sigh- I can eat it, but I pay for it (with heartburn) afterward.

Movement: Kicks and flutters are still pretty intermittent. There was one day (this past Wednesday, I think) that I didn’t feel her move all day and I fought with myself mentally trying not to panic. Thankfully the next day she made up for it with lots of flutters and flips. I’m looking forward to the coming weeks when the movements get increasingly obvious and regular–both becuase it’s fun, and because it lets me know she’s doing OK in there!

Anything Making You Queasy or Sick?: I’m still having issues with gagging and “choking” on things (not really choking because my airway is clear — just getting a “tickle” that I can’t seem to clear, I guess). About once a week I’ll have an episode when I’m eating and something tickles my gag reflex, and no matter how much water I drink to try and clear the “tickle”, I can’t stop gagging and coughing until I eventually throw up. It’s actually kind of embarassing.

Happy or Moody?: Still pretty happy most of the time. Occasionally droopy and tired, but rarely “moody”.

Labor Signs: Still have a long way to go for this!

Shopping/Nesting/Preparation: I’ve been behaving myself pretty well as far as buying a lot of stuff. I’ve shifted over to doing a bunch of knitting for Baby Girl instead. So far, I’ve finished a blanket and a cardigan sweater and last night I started a hat to match the cardigan, and I’m almost done with that. I should have enough of the same yarn to also make some matching booties, I think. I ordered a couple more yarns to knit a couple more sweaters also. Baby knits are so satisfying because you can produce an entire (itsy-bitsy) sweater in a week or so!

Looking Forward To (in Week 20): Celebrating the halfway mark and enjoying some rest and self-care. (I’m a simple girl!) 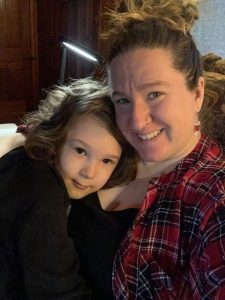